Building a Game With the Kids

My kids like video games. Really, who doesn’t? But this post isn’t about kids playing video games, this is about kids building video games (with some help from their dad). My eldest daughter came up to me a little while ago and said that she might like to build video games one day when she grows up. My son told me that maybe he might want to be a software engineer (I think mostly because there’s a great Story Bots episode on it).

My kids are young. My daughter is seven and my son is five. My son is just starting to learn to read so he can’t program. My daughter is currently achingly slow with a keyboard, so she would have a lot of trouble too. So, I decided I would do all the coding and they would do everything else. My daughter would come up with the game design and do all the art (if you’ve ever built a game before, you know there’s a lot of art content that goes into it). My son would do a lot of the testing by playing the game and provide suggestions. We could also record him doing the sounds (in the end they both helped do the sound effects).

The result is interesting combination of very short platformer and point and click adventure game called "Beast’s Adventure". You can view a playthrough below.It’s a glimpse into the mind of a seven-year-old. I didn’t do anything except the coding and taking direction from my daughter - the game designer. Here's a breakdown of how we built it.

My daughter started by drawing. This is easy for her. She draws and colours for a couple of hours daily. Her work from school is littered with doodles. Often, she creates her own picture books. It's constant. Here's some examples of the concept art she added for the game: 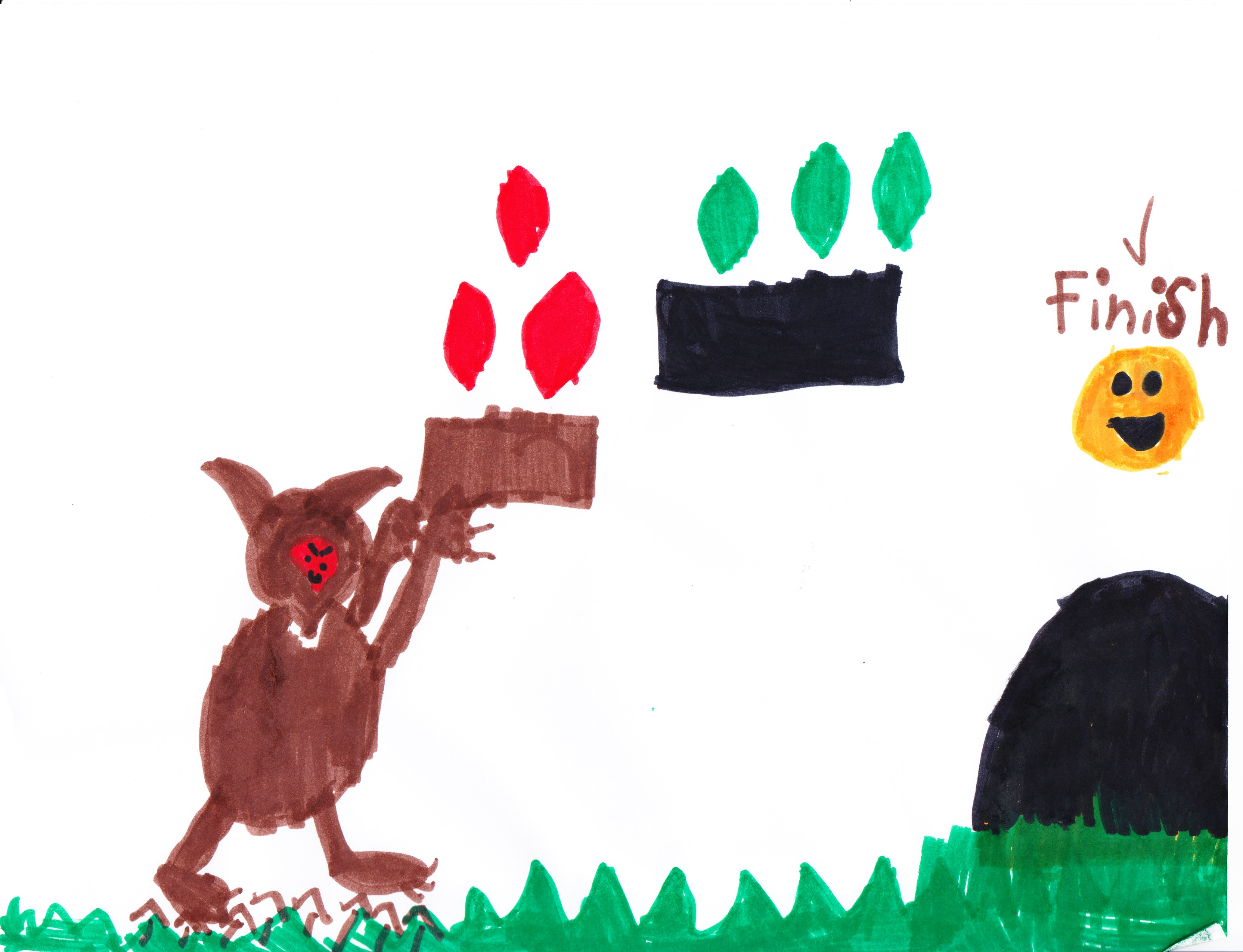 Concept Drawing of the Platformer Section of the Game 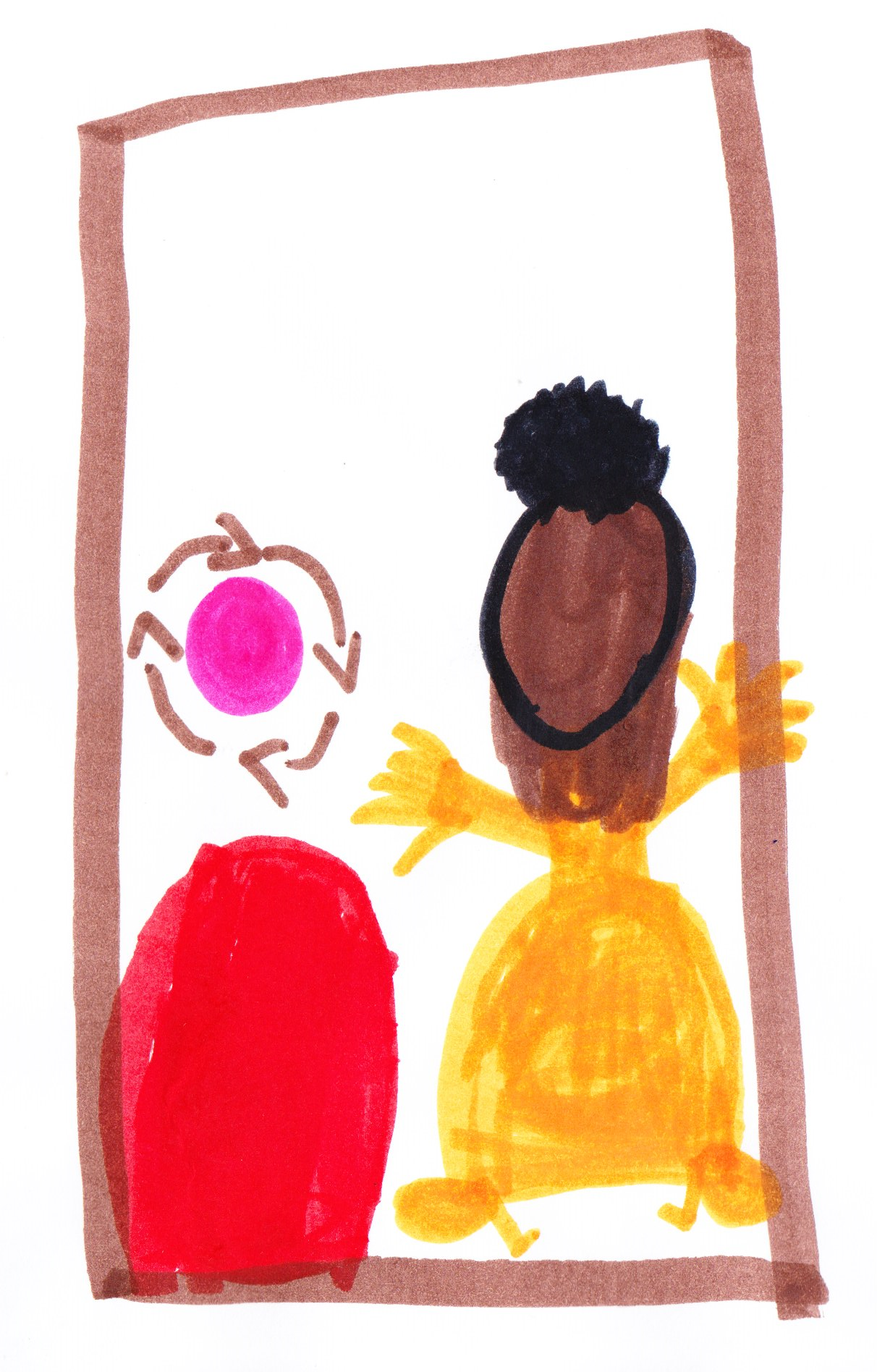 While she did the concept art, I took to learning the basics of Phaser which is a great little 2D HTML 5 game engine. Luckily they have a tutorial to get you started that conveniently was based around how to make a simple platformer. While it eventually was changed quite a bit, I based our game around the code in the tutorial.

I proceeded to turn my daughter’s concept drawings into individual images or into sprite sheets for animation when needed. This took a modest amount of work using MS Paint 3D when I could and Gimp when I needed to do something more advanced.

Once the artwork was all separated and the game programmed, the next thing was the sounds. This was simple enough to do with the built-in Windows Voice Recorder.