Working Remote in Windsor, ON

The COVID-19 pandemic has turned many people into remote workers – perhaps permanently. If your job has changed to allow you to work remotely, or you are currently a remote worker, this post is for you. Being able to live anywhere has many advantages. I’ll contend that you should pick Windsor, Ontario as your home base. After all, I did nine years ago when I first became a remote worker, and I have no intention of leaving. I came for the cost of living reductions, I stayed because it's a great city in a great area.

The first advantage is in the cost of living. It is difficult getting detailed data on all Canadian Census Metropolitan Areas (CMAs) for general household expenses, but anecdotal evidence and informal surveys indicate that Windsor’s cost of living is relatively quite low. In terms of housing costs at least, there is some good data. The Canada Mortgage and Housing Corporation (CMHC) keeps track of a variety of housing cost measures. A popular one used in comparisons is the median rental cost for a two-bedroom apartment. Looking at the major cities along the 401 corridor between Windsor and Ottawa, Windsor is the most affordable. This lower cost is also reflected in the purchase prices of residential properties. 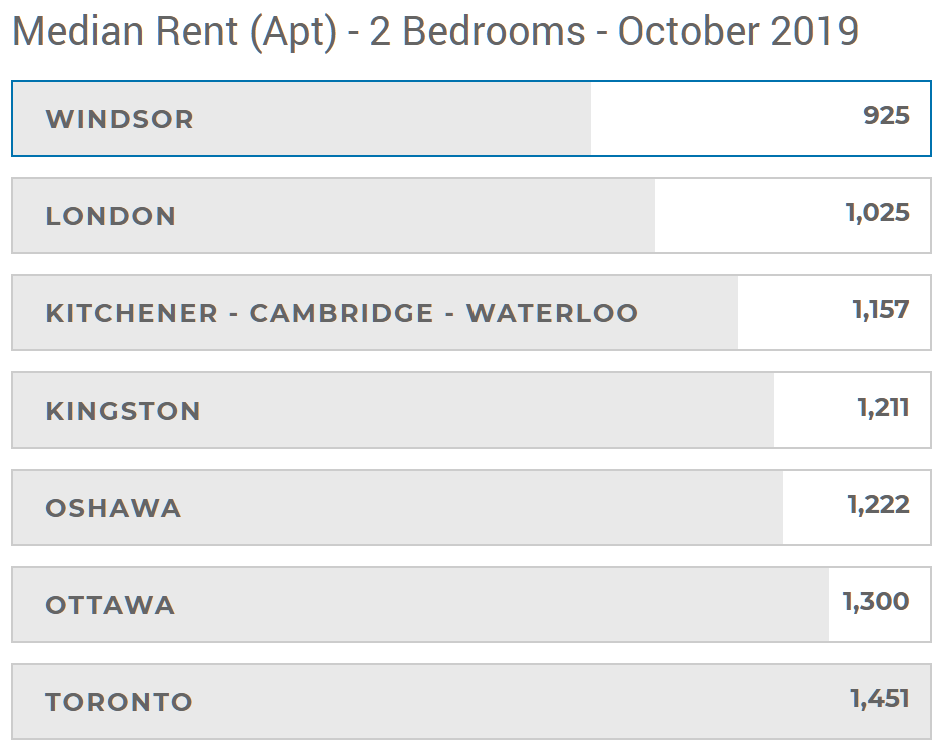 Seeing those numbers you might think that there is a tradeoff. Sure, it costs less to live in Windsor, but everyone knows that a place like the Greater Toronto Area (GTA) provides more amenities. Or does it? We’ll come to that, but first let’s talk about job market access.

The US Labour Market for Remote Workers

One of the most overlooked, but extremely helpful, things about Windsor for remote workers are the institutions in the city built around working for US companies. According to a Workforce Windsor-Essex report from 2017, approximately six thousand people live in Windsor and work across the border. Those workers need immigration lawyers and cross-border tax services to help navigate the new jurisdiction.

A remote worker can relatively easily and inexpensively expand their search for new opportunities to include the US with the help of these services, provided they are employed in the qualifying professions. In addition, communities such as Hackforge and the Windsor Google Developers Group can provide personal connections to workers currently working remote for US companies. These workers are the exception in most Canadian cities whereas in Windsor they are common.

So, what about recreation and services? Sure, Windsor is cheap, but you may think it cannot offer everything you’re looking for in a city. Many people don’t live in a city like Toronto just to be close to work but because of the services available there. Things like a major international airport and cultural activities come to mind. If that is what you think you gain by spending about $500/month more in housing costs to live in Toronto, here’s an introduction to Detroit.

Detroit!?!? Surely the downtrodden city of less than 700 thousand people can’t offer what Toronto has. In fact, it can, and does. Detroit is the center of a large conglomeration of municipalities in South East Michigan consisting of over four million people. Imagine the GTA, but with the most affluent and productive parts of the metropolitan area being Hamilton, Brampton, and Mississauga rather than Toronto proper. That is what Detroit is like. As such, you get all the amenities that a large metropolitan area affords.

For example, there is a major international airport, one of the biggest in the US. Detroit Metropolitan Airport (DTW) served nearly 37 million passengers in 2019 – ten million more than Vancouver International Airport, the second largest airport in Canada. In fact, DTW served more passengers than Toronto Pearson International Airport as recently as 2011, although Pearson now serves a larger number due to recent growth. It may also surprise you to know that you can get to DTW from Windsor in under forty minutes, even from Windsor’s outskirts and having to go through the border:

DTW is a great hub to all parts of the US and many international destinations, but Windsor also has a small airport (YQG) with daily flights to Toronto on Porter and Air Canada. If you need to travel quickly from Windsor to Toronto, there’s cheap parking, security line-ups that never seem to be longer than 5-10 minutes at the worst of times, and a 20 metre walk to the plane. Windsor also has a VIA rail connection all the way to Montreal, which is my preferred way to get to Toronto.

Now, if you’re looking for culture, Detroit has that too. Just one example close to my heart is musical theater. In its 2018-2019 season, Broadway in Detroit, the largest musical theater company in Detroit, produced eleven world class shows including the Book of Mormon and Hamilton. If sports is more your thing, Detroit has NFL, NHL, and NBA teams. It even has an annual Indycar formula one grand prix on Belle Island. The point is, if you have a service in a large city that you cannot find in Windsor, you’ll likely be able to find it in Detroit – just a short trip over the bridge or through the tunnel.

The County and Family Traditions

Aside from the city, Windsor is part of a productive agricultural and wine area (19 wineries) called Essex County. Picking apples at a local orchard and buying their cider has become a family tradition. Our favourite is Wagner Orchards because the cider is excellent, but mostly because there are some appreciative cows next to the orchard that enjoy snacking on the kids' apple cores. 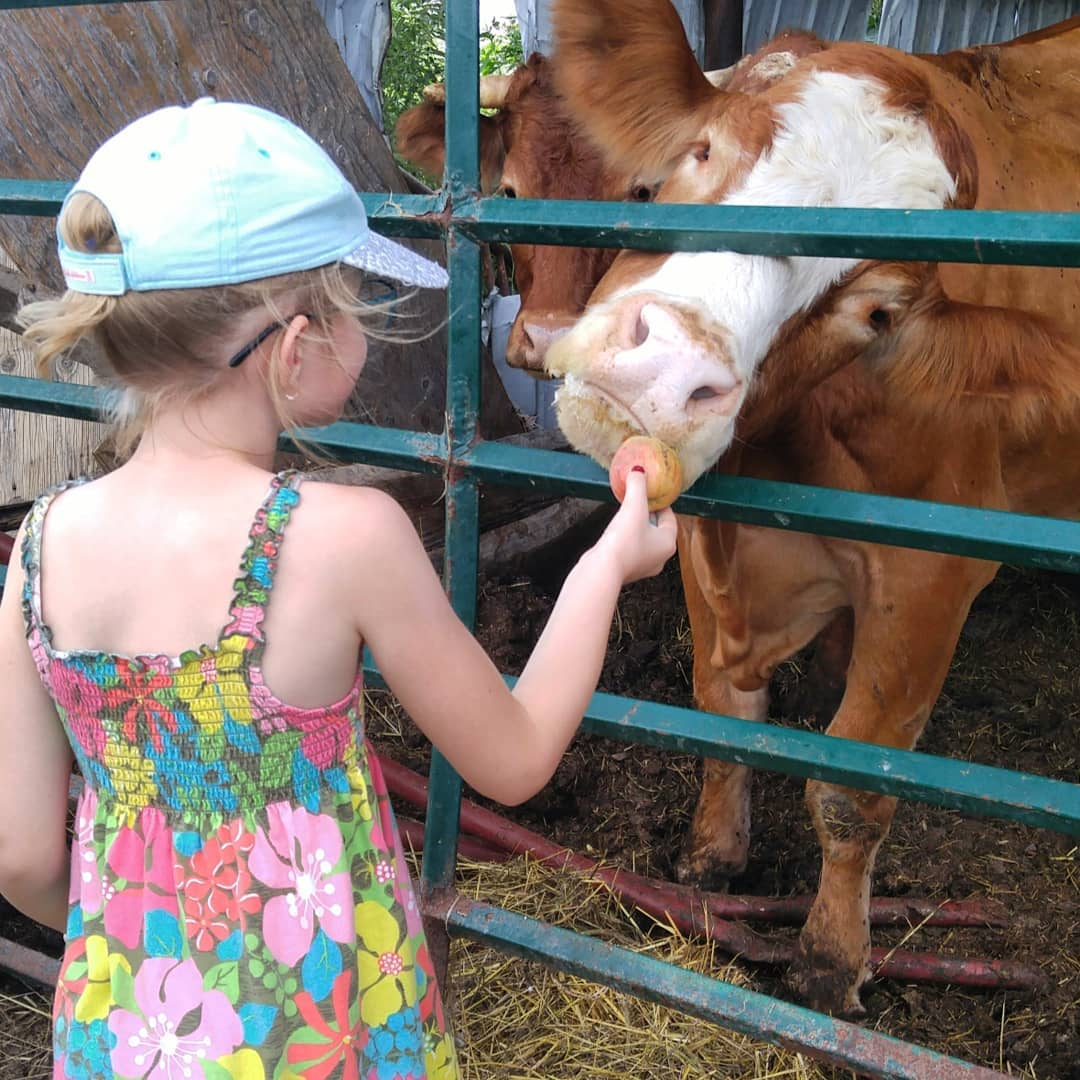 Carefully Feeding a Downed Apple to a Cow at Wagner Orchards

There are also a variety of festivals and events throughout the county. One we try to go to every year is the Maple Festival at the John R. Park Homestead. Historical interpretation and activities, a great view, local food trucks, and the best part: rolling taffy made from freshly simmered maple syrup poured over snow. 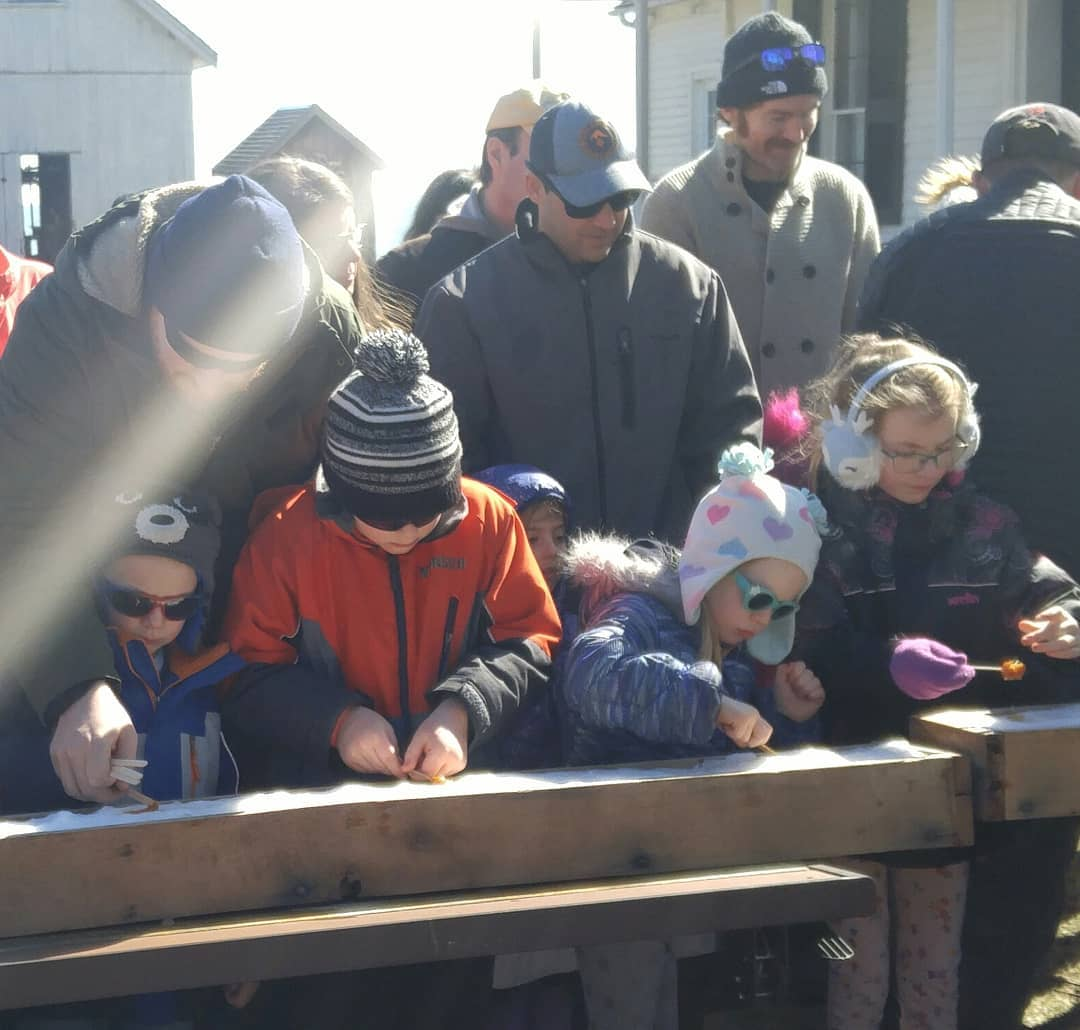 Remote workers still need to leave the house. They may have zero-minute work commutes (a great perk), but they still need to go to grocery stores, libraries, coffee shops, community centers, etc. In Windsor it is dramatically easier to live within walking distance of public amenities, not because the city is particularly dense but because locations close to the amenities are affordable.

I live within a 15-minute walk of my children’s school, a public library, a community center, a small local grocery store, a pharmacy, a coffee shop, an arena, and a community center. My kids and I walk to these places often. On the few days we have bad enough weather to justify driving, we never have to wait in traffic. Of course, these benefits can exist in the older neighborhoods of other cities but consider the difference in what you’d have to pay for rent or mortgage in those locations. 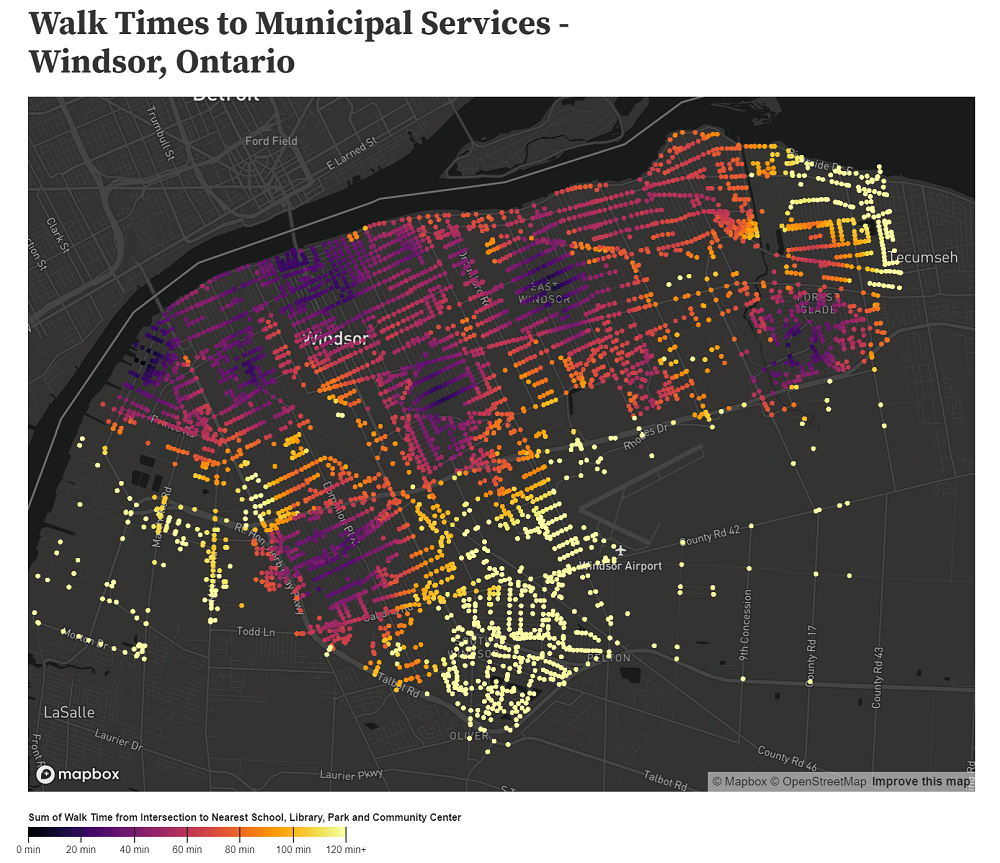 Given all that, it’s easy to see why we moved here and have made it our home. Besides the costs of living and access to professional services for cross-border work, Windsor is a great place to live with access to a wide variety of services for whatever our needs. If you can live anywhere because your work allows for it, there are few places better.